What Is Secular Humanism? 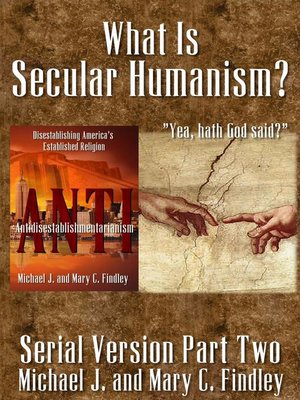 Excerpted from Antidisestablishmentarianism —
Almost every American colony had some form of establishment of religion. This was because their religion consisted of proven and necessary facts of existence. Religion was reliable, logical and rational to them. The modern established religion of Secular Humanism teaches that it is the only scientifically-based belief system in existence. It claims that all other religions are not scientifically-based, but the opposite is true. The Bible, upon which true religion is based, is a book of Science, and Secular Humanism is a religion of mythology.

History Nonfiction
What Is Secular Humanism?