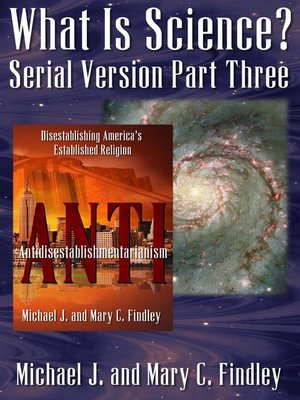 Part Three of Antidisestablishmentarianism: Secularists like Charles Watts and Richard Dawkins affirm a single belief, though they vary in their methods of stating it. They believe that there is no evidence for the truth of any "revealed faith and that only secularist science should be permitted to exist. People who call a religion "revealed" mean that somehow these people were told what to believe by a non-material means and that there is no outside evidence that the written record, their holy scriptures, are true or authoritative.