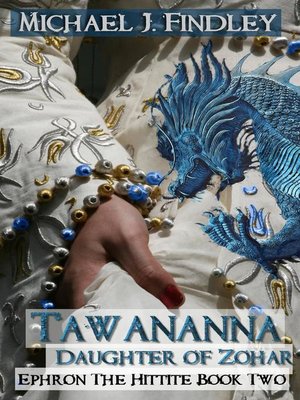 Meet the dragonslayer who feeds her people and stands ready to rule them, if she can only tame her brother's rebellious wife.

Tawananna loves her people and her brother Ephron. The arranged marriage between herself and Elon seems likely to show strength and unite the clans. It might even tame Shelometh's rebellious heart. Tawannana is a slayer of dragons and the best archer in the village. But her greatest challenge comes when she has to sit and do nothing while her people face the army of Sargon.

Tawannana receives a visit from her grandmother, known to some as Heth's whore and to others as Athena, Goddess of Wisdom and Battle. Premarital counseling from a 300-year-old concubine might make the difference between victory and defeat in the quest to forge the Hittite Empire. You don't want to miss any of the tales of Ephron the Hittites and his family.