Poor Advice and Other Stories 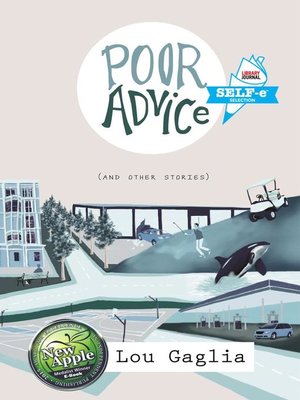 Poor Advice, winner of the 2015 New Apple Literary Award for short story fiction and the 2016 New York Book Festival Award for fiction, reveals Lou Gaglia’s humor, imagination, and range. An awful poet, dumped by his girlfriend, roams through Italy, where he clearly doesn’t belong. An oil delivery man falls in love with a clumsy woman and becomes even clumsier than she is. A mustache is terrified of being shaved off, and man is jealous of his brother-in-law's ventriloquist dummy.  Find these stories and many others in Lou Gaglia’s debut book.