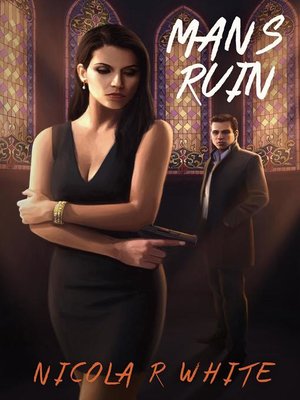 Magdalene is a mob-connected madam. Tommy Flynn is the hitman who loves her. And when they're framed for the murder of a rival crime boss’s favorite son, Magdalene fears the sins of her past have come back to haunt her. After spending half a lifetime in a seamy underworld where love is for sale and men worship at the altar of sex and greed, claiming sanctuary in a cathedral is the last thing she wants to do - and the only chance she has to find out who set her up.

In the corrupt city of Crawley, Massachusetts, passion, crime and religion collide in this steamy, neo-noir work of romantic suspense.

This special collector's edition of Man's Ruin features a classic cover created by artist Ástor Alexander and includes the prequel short story, "Whatever Lola Wants". Also included is "The Sweet Spot: Pulp Fiction and Modern Romance", an essay by the author on the relationship between crime fiction and the modern romance genre.