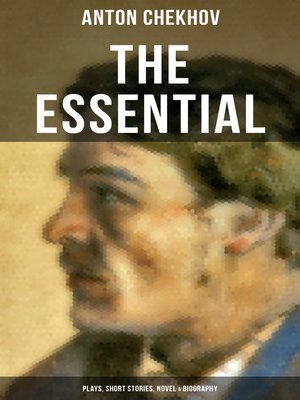 Plays, Short Stories, Novel & Biography: The Steppe, Ward No. 6, Uncle Vanya, The Cherry Orchard, Three Sisters, On Trial, The Darling, The Bet, Vanka, After the Theatre...

FictionShort Stories
This unique collection of Anton Chekhov's greatest works has been designed and formatted to the highest digital standards. Excerpt: "In each one of us there are too many springs, too many wheels and cogs for us to judge each other by first impressions or by two or three external indications." Ivanoff, Act 3 (1887) Anton Chekhov (1860-1904) was a Russian physician, dramaturge and author who is considered to be among the greatest writers of short stories in history. Chekhov practised as a medical doctor throughout most of his literary career. Along with Henrik Ibsen and August Strindberg, Chekhov is often referred to as one of the three seminal figures in the birth of early modernism in the theatre. Chekhov had at first written stories only for financial gain, but as his artistic ambition grew, he made formal innovations which have influenced the evolution of the modern short story. He made no apologies for the difficulties this posed to readers, insisting that the role of an artist was to ask questions, not to answer them. Contents: Novel: The Shooting Party Plays: On the High Road Swan Song Ivanoff The Anniversary The Proposal The Wedding The Bear The Seagull A Reluctant Hero Uncle Vanya The Three Sisters The Cherry Orchard Short Stories: The Safety Match The Boys Grisha A Trifle from Real Life The Cook's Wedding Shrove Tuesday In Passion Week An Incident A Matter of Classics The Tutor Out of Sorts A Joke After the Theatre Volodia A Naughty Boy Bliss Two Beautiful Girls The Chorus Girl The Father of a Family The Orator Ionitch At Christmas Time In the Coach House Lady N—'s Story A Journey By Cart The Privy Councillor Rothschild's Fiddle A Horsey Name The Pecheneg The Bishop The Slanderer The Kiss Verotchka On Trial The Mass for the Dead The Privy Councillor The Runaway The Reed La Cigale The Head Gardener's Tale Oysters Women Woe Zinotchka The Princess The Muzhiks The Darling
FictionShort Stories

THE ESSENTIAL CHEKHOV
Copy and paste the code into your website.
New here? Learn how to read digital books for free