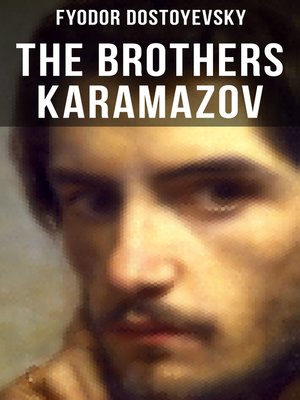 A Philosophical Novel by the Russian Novelist, Journalist and Philosopher, Author of Crime and Punishment, The Idiot, Demons, The House of the Dead, Notes from Underground and The Gambler

FictionLiteratureRomanceHistorical Fiction
This eBook edition of "The Brothers Karamazov" has been formatted to the highest digital standards and adjusted for readability on all devices. The Brothers Karamazov is the final novel by the Russian author Fyodor Dostoyevsky. He spent nearly two years writing it. The author died less than four months after its publication. The Brothers Karamazov is a passionate philosophical novel set in 19th century Russia, that enters deeply into the ethical debates of God, free will, and morality. It is a spiritual drama of moral struggles concerning faith, doubt, and reason, set against a modernizing Russia, with a plot which revolves around the subject of patricide. Since its publication, it has been acclaimed as one of the supreme achievements in literature. Fyodor Dostoyevsky (1821-1881) was a Russian novelist, short story writer, essayist, journalist and philosopher. His literary works explore human psychology in the troubled political, social, and spiritual atmosphere of 19th-century Russia. Many of his works contain a strong emphasis on Christianity, and its message of absolute love, forgiveness and charity, explored within the realm of the individual, confronted with all of life's hardships and beauty. Many literary critics rate him as one of the greatest and most prominent psychologists in world literature.
FictionLiteratureRomanceHistorical Fiction

THE BROTHERS KARAMAZOV
Copy and paste the code into your website.
New here? Learn how to read digital books for free