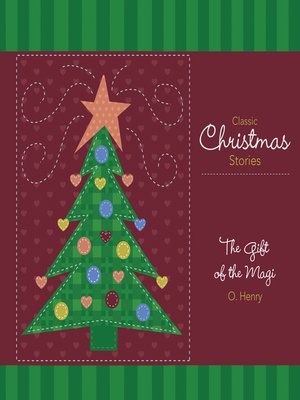 The Gift of the Magi

Originally published in a 1905 edition of The New York Sunday World, The Gift of the Magi tells the story of a young couple at Christmas when money is tight, offering important insight into the nature of gift-giving. A well-known example of comic irony, it has been widely adapted as everything from an Off-Broadway show to television episodes. This recording of The Gift of the Magi was recorded as part of Dreamscape's Classic Christmas Stories: A Collection of Timeless Holiday Tales.

O. Henry (1862-1910) was born under the name William Sydney Porter in Greensboro, North Carolina. His well-known short stories are noted for their witticism, clever wordplay, and unexpected twist endings.

More about O. Henry
The Gift of the Magi
Copy and paste the code into your website.
New here? Learn how to read digital books for free