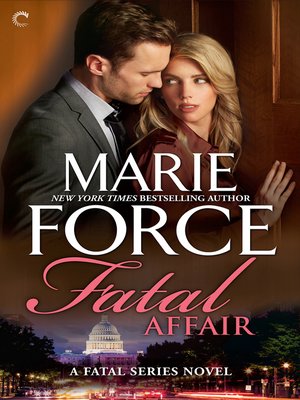 FictionRomanceSuspense
Washington, D.C., Metro Police Detective Sergeant Sam Holland needs a big win to salvage her career—and her confidence—after a disastrous investigation. The perfect opportunity arises when Senator John O'Connor is found brutally murdered in his bed, and Sam is assigned to the case. Matters get complicated when Sam has to team up with Nick Cappuano, O'Connor's friend and chief of staff...and the man Sam had a memorable one-night stand with years earlier. Their sexual chemistry still sizzles, and Sam has to fight to stay focused on the case. Sleeping with a material witness is another mistake she can't afford—especially when the bodies keep piling up.
Book 1 of the Fatal Series.
97,000 words
FictionRomanceSuspense

More about Marie Force
Fatal Affair
Copy and paste the code into your website.
New here? Learn how to read digital books for free