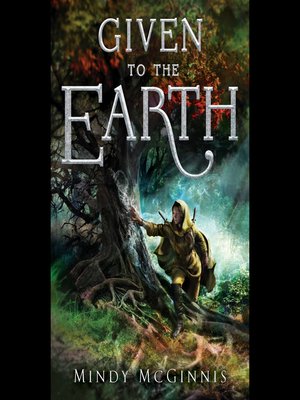 Given to the Earth

Given Duet, Book 2 · Given Duet

FantasyMythologyRomanceYoung Adult Fiction
Duty, fate, desire, and destiny collide in this intricately wrought tale, perfect for fans of Sarah J. Maas.
Although she was born to save the kingdom by sacrificing herself to the rising sea, Khosa's marriage to King Vincent has redeemed her. As the Queen of Stille, she's untouchable. But being Queen hasn't stopped her heart from longing for the King's stepbrother, Donil. And it hasn't stopped her body from longing for the sea itself, which still calls for her.
While Khosa is made to choose between loyalty and love, Dara is on a mission for vengeance. Years ago, the Pietra slaughtered the entire Indiri race, leaving only Dara and her twin, Donil, alive. Now, spurned by King Vincent, Dara has embarked on a mission to spill the blood of Pietra's leader, Witt, and will stop at nothing to show his people the wrath of the last Indiri.
As the waves crash ever closer to Stille, secrets are revealed, hearts are won and lost, and allegiances change like the shifting sand.
Various Roles as Read by a Cast of Narrators:
Will Damron as Ank
Alex McKenna as Dara
Andrew Eiden as Donil
Monika Felice Smith as Khosa
Robbie Daymond as Vincent
Sunil Malhotra as Witt
FantasyMythologyRomanceYoung Adult Fiction

Given to the Earth
Copy and paste the code into your website.
New here? Learn how to read digital books for free