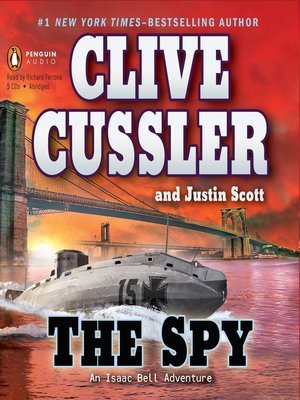 FictionThrillerHistorical Fiction
Detective Isaac Bell, hero of The Chase and The Wrecker, returns in the remarkable new adventure from the #1 New York Times-bestselling author.
It is 1908, and international tensions are mounting as the world plunges toward war. When a brilliant American battleship gun designer dies in a sensational apparent suicide, the man's grief-stricken daughter turns to the legendary Van Dorn Detective Agency to clear her father's name. Van Dorn puts his chief investigator on the case, and Isaac Bell soon realizes that the clues point not to suicide but to murder. And when more suspicious deaths follow, it becomes clear that someone-an elusive spy-is orchestrating the destruction of America's brightest technological minds... and the murders all connect to a top- secret project called Hull 44.
But that is just the beginning. As the intrigue deepens, Bell will find himself pitted against German, Japanese, and British spies, in a mission that encompasses dreadnought battleships, Teddy Roosevelt's Great White Fleet, Chinatown, Hell's Kitchen, and the Brooklyn Navy Yard. Isaac Bell has certainly faced perilous situations before, but this time it is more than the future of his country that's at stake- it's the fate of the world.
FictionThrillerHistorical Fiction

More about Clive Cussler
The Spy
Copy and paste the code into your website.
New here? Learn how to read digital books for free