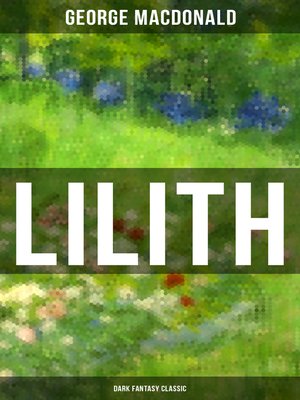 Juvenile FictionJuvenile Literature
Lilith is a fantasy novel written by George MacDonald. Mr. Vane, the main protagonist, owns a library that seems to be haunted by the former librarian, who looks much like a raven from the brief glimpses he catches of the wraith. After finally encountering the supposed ghost, the mysterious Mr. Raven, Vane learns that Raven had known his father. Indeed, Vane's father had visited the strange parallel universe from which Raven comes and goes and now resides therein. Vane follows Raven into the world through a mirror. Lilith is considered among the darkest of MacDonald's works, and among the most profound. It is a story concerning the nature of life, death, and salvation. In the story, MacDonald mentions a cosmic sleep that heals tortured souls, preceding the salvation of all. MacDonald was a Christian Universalist, believing that all will eventually be saved. However, in this story, divine punishment is not taken lightly, and salvation is hard-won. George MacDonald (1824-1905) was a Scottish author, poet, and Christian minister. He was a pioneering figure in the field of fantasy literature and the mentor of fellow writer Lewis Carroll. His writings have been cited as a major literary influence by many notable authors including W. H. Auden, C. S. Lewis, J. R. R. Tolkien, Walter de la Mare, E. Nesbit and Madeleine L'Engle. G. K. Chesterton cited The Princess and the Goblin as a book that had "made a difference to my whole existence".
Juvenile FictionJuvenile Literature

LILITH (Dark Fantasy Classic)
Copy and paste the code into your website.
New here? Learn how to read digital books for free