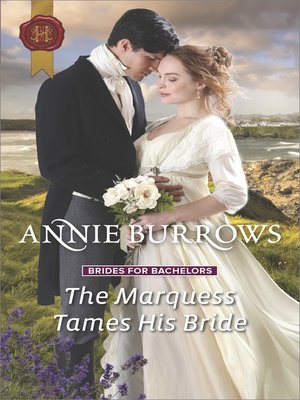 View more libraries...
"I have just announced our betrothal."
A Brides for Bachelors story
The Marquess of Rawcliffe has always found his feisty childhood friend Clare Cottam enthralling. Forbidden by her strict father to pursue a relationship, he's kept his distance. But the couple is embroiled in a heated argument that puts Clare's reputation in danger, and Rawcliffe is forced to declare her his fiancée! It will be his pleasure to tame his independent, innocent bride...
Brides for Bachelors miniseries
Book 1 — The Major Meets His Match
Book 2 — The Marquess Tames His Bride
Watch out for Book 3, the last book in the trilogy — coming soon
"Burrows is a master at Regency romance"
— RT Book Reviews on In Bed with the Duke
"Burrows' new quartet of men who will meet their matches is filled with humor and adventure"
— RT Book Reviews on The Major Meets His Match