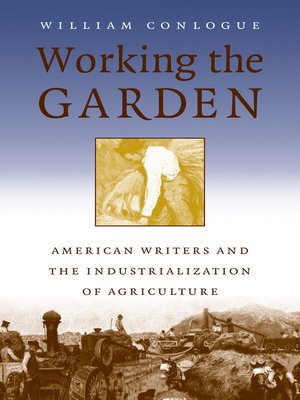 View more libraries...
In 1860 farmers accounted for 60 percent of the American workforce; in 1910, 30.5 percent; by 1994, there were too few to warrant a separate census category. The changes wrought by the decline of family farming and the rise of industrial agribusiness typically have been viewed through historical, economic, and political lenses. But as William Conlogue demonstrates, some of the most vital and incisive debates on the subject have occurred in a site that is perhaps less obvious—literature.
Conlogue refutes the critical tendency to treat farm-centered texts as pastorals, arguing that such an approach overlooks the diverse ways these works explore human relationships to the land. His readings of works by Willa Cather, Ruth Comfort Mitchell, John Steinbeck, Luis Valdez, Ernest Gaines, Jane Smiley, Wendell Berry, and others reveal that, through agricultural narratives, authors have addressed such wide-ranging subjects as the impact of technology on people and land, changing gender roles, environmental destruction, and the exploitation of migrant workers. In short, Conlogue offers fresh perspectives on how writers confront issues whose site is the farm but whose impact reaches every corner of American society.