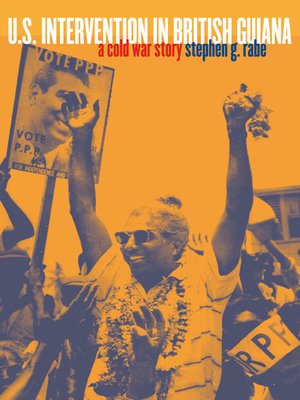 View more libraries...
In the first published account of the massive U.S. covert intervention in British Guiana between 1953 and 1969, Stephen G. Rabe uncovers a Cold War story of imperialism, gender bias, and racism.
When the South American colony now known as Guyana was due to gain independence from Britain in the 1960s, U.S. officials in the Kennedy and Johnson administrations feared it would become a communist nation under the leadership of Cheddi Jagan, a Marxist who was very popular among the South Asian (mostly Indian) majority. Although to this day the CIA refuses to confirm or deny involvement, Rabe presents evidence that CIA funding, through a program run by the AFL-CIO, helped foment the labor unrest, race riots, and general chaos that led to Jagan's replacement in 1964. The political leader preferred by the United States, Forbes Burnham, went on to lead a twenty-year dictatorship in which he persecuted the majority Indian population.
Considering race, gender, religion, and ethnicity along with traditional approaches to diplomatic history, Rabe's analysis of this Cold War tragedy serves as a needed corrective to interpretations that depict the Cold War as an unsullied U.S. triumph.