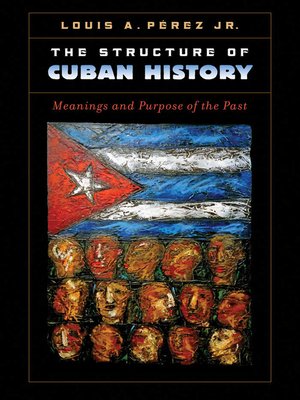 The Structure of Cuban History

Meanings and Purpose of the Past

HistoryNonfiction
In this expansive and contemplative history of Cuba, Louis A. Perez Jr. argues that the country's memory of the past served to transform its unfinished nineteenth-century liberation project into a twentieth-century revolutionary metaphysics. The ideal of national sovereignty that was anticipated as the outcome of Spain's defeat in 1898 was heavily compromised by the U.S. military intervention that immediately followed. To many Cubans it seemed almost as if the new nation had been overtaken by another country's history.
Memory of thwarted independence and aggrievement—of the promise of sovereignty ever receding into the future—contributed to the development in the early republic of a political culture shaped by aspirations to fulfill the nineteenth-century promise of liberation, and it was central to the claim of the revolution of 1959 as the triumph of history. In this capstone book, Perez discerns in the Cuban past the promise that decisively shaped the character of Cuban nationality.
HistoryNonfiction

Louis A. Perez Jr. is J. Carlyle Sitterson Professor of History at the University of North Carolina at Chapel Hill. A fellow of the American Academy of Arts and Sciences as well as the Academia de la Historia de Cuba, Perez is author, most recentl...

More about LOUIS A. PÉREZ JR.
The Structure of Cuban History
Copy and paste the code into your website.
New here? Learn how to read digital books for free