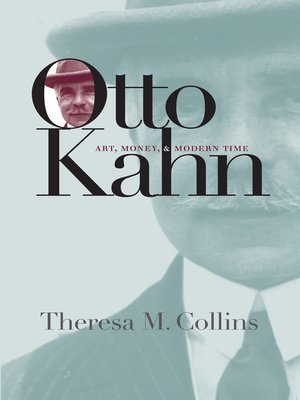 View more libraries...
In the early decades of the twentieth century, almost everyone in modern theater, literature, or film knew of Otto Kahn (1867-1934), and those who read the financial press or followed the news from Wall Street could scarcely have missed his name. A partner at one of America's premier private banks, he played a leading role in reorganizing the U.S. railroad system and supporting the Allied war effort in World War I. The German-Jewish Kahn was also perhaps the most influential patron of the arts the nation has ever seen: he helped finance the Metropolitan Opera, brought the Ballets Russes to America, and bankrolled such promising young talent as poet Hart Crane, the Provincetown Players, and the editors of the Little Review.
This book is the full-scale biography Kahn has long deserved. Theresa Collins chronicles Kahn's life and times and reveals his singular place at the intersection of capitalism and modernity. Drawing on research in private correspondence, congressional testimony, and other sources, she paints a fascinating portrait of the figure whose seemingly incongruous identities as benefactor and banker inspired the New York Times to dub him the "Man of Velvet and Steel."