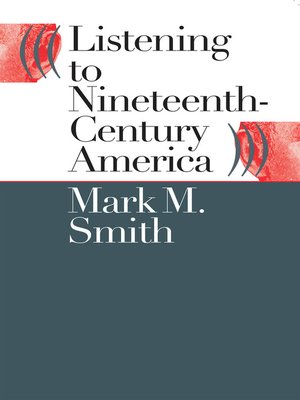 View more libraries...
Arguing for the importance of the aural dimension of history, Mark M. Smith contends that to understand what it meant to be northern or southern, slave or free—to understand sectionalism and the attitudes toward modernity that led to the Civil War—we must consider how antebellum Americans comprehended the sounds and silences they heard.
Smith explores how northerners and southerners perceived the sounds associated with antebellum developments including the market revolution, industrialization, westward expansion, and abolitionism. In northern modernization, southern slaveholders heard the noise of the mob, the din of industrialism, and threats to what they considered their quiet, orderly way of life; in southern slavery, northern abolitionists and capitalists heard the screams of enslaved labor, the silence of oppression, and signals of premodernity that threatened their vision of the American future. Sectional consciousness was profoundly influenced by the sounds people attributed to their regions. And as sectionalism hardened into fierce antagonism, it propelled the nation toward its most earsplitting conflict, the Civil War.