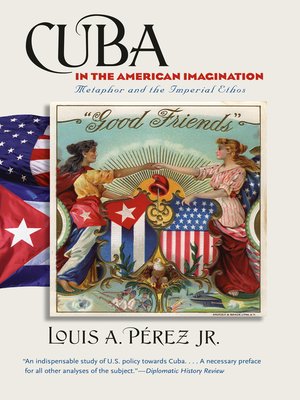 Cuba in the American Imagination

Metaphor and the Imperial Ethos

HistoryNonfiction
For more than two hundred years, Americans have imagined and described Cuba and its relationship to the United States by conjuring up a variety of striking images—Cuba as a woman, a neighbor, a ripe fruit, a child learning to ride a bicycle. Louis A. Perez Jr. offers a revealing history of these metaphorical and depictive motifs and discovers the powerful motives behind such characterizations of the island as they have persisted and changed since the early nineteenth century. Drawing on texts and visual images produced by Americans ranging from government officials, policy makers, and journalists to travelers, tourists, poets, and lyricists, Perez argues that these charged and coded images of persuasion and mediation were in service to America's imperial impulses over Cuba.
HistoryNonfiction

Louis A. Perez Jr. is J. Carlyle Sitterson Professor of History and director of the Institute for the Study of the Americas at the University of North Carolina at Chapel Hill. He is a fellow of the American Academy of Arts and Sciences and the aut...

More about LOUIS A. PÉREZ JR.
Cuba in the American Imagination
Copy and paste the code into your website.
New here? Learn how to read digital books for free