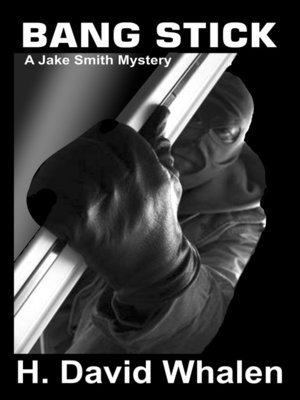 FictionMystery
Murder looms everywhere. Melvin Marcus is killed, early morning, on a cold winter New Year's Eve in his beachside apartment. The year is nineteen sixty-nine and in the Pacific Beach community of San Diego.The murder weapon cannot be found and it wouldn't matter anyway. Nobody could possibly piece togeather the unknown custom designed and manufactured firing stick.Marcus was the prime suspect in an unsolved brutal rape and murder three years prior. San Diego Police Detective Jake Smith is tasked with solving the who done it. He is all but incompetent and failed to solve the original murder. Now with his job on the line, Smith is under pressure to make an arrest at all costs.Detective Smith's only saving grace might be his rookie partner. Though he's sure he knows who the killer is, the new detective keeps digging up suspect after suspect. The list is never ending.With his life spiraling out of control both professionally and personally, the obnoxious Smith certainly is not contributing to either area of his tenuous existence. The caveat begins when he is not only the prime suspect in another murder but also in a botched murder attempt.The Police Chief, Lieutenant Holden, ADA Jillian Ross coupled with his life's love, ex-wife, and others all become disillusioned with the detective. He can't even take advice from his psychiatrist. At wit's end, Smith has no support and nowhere to turn. The end of his career looms closer by the hour.Hiding out of state, the detective has no choice but to return to San Diego and try to take control of his life. He has to confront the two detectives that took over his case and two La Mesa detectives tasked with solving a killing in their jurisdiction.Bang Stick starts on page one with a murder and the last page ends with another. What is in between is nothing less than a trail of blood covered with deception.
FictionMystery

After thirty-four years of self employment and inventing, HD Whalen retired to start a new career writing. First with memoirs and then onto fiction. Contact email information: hdwhalen@outlook.com

More about H David Whalen
Bang Stick
Copy and paste the code into your website.
New here? Learn how to read digital books for free