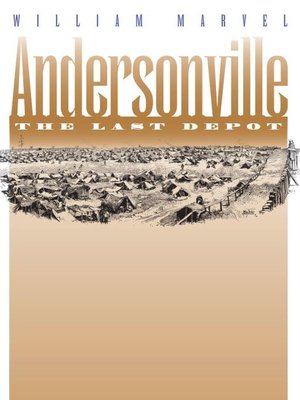 HistoryMilitaryNonfiction
Between February 1864 and April 1865, 41,000 Union prisoners of war were taken to the stockade at Anderson Station, Georgia, where nearly 13,000 of them died. Most contemporary accounts placed the blame for the tragedy squarely on the shoulders of the Confederates who administered the prison or on a conspiracy of higher-ranking officials. According to William Marvel, virulent disease and severe shortages of vegetables, medical supplies, and other necessities combined to create a crisis beyond the captors' control. He also argues that the tragedy was aggravated by the Union decision to suspend prisoner exchanges, which meant that many men who might have returned home were instead left to sicken and die in captivity.
HistoryMilitaryNonfiction

William Marvel's many books include A Place Called Appomattox, Lee's Last Retreat: The Flight to Appomattox, and The Alabama and the Kearsarge: The Sailor's Civil War (all from the University of North Carolina Press). He lives in South Conway, New...

More about William Marvel
Andersonville
Copy and paste the code into your website.
New here? Learn how to read digital books for free