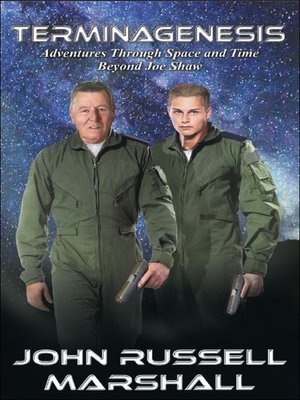 Adventures through Space and Time: Beyond Joe Shaw

FictionScience FictionThriller
In the third episode of the life and adventures of Joe Shaw, the intergalactic warrior and space traveler has passed away, leaving his son, John to continue his adventures in space. Joe's bio-mechanical robot companion, Duke, has been transformed into a more humanlike creature with an intelligence that vastly outpaces that of humanity. When Duke follows the programmed orders of his former master, and informs John about his fathers' and ancestors' abilities, a spark is lit in John, and he decides to follow in his fathers' footsteps.After preparing the most advanced spaceship and weapon system their collective intelligence can create, John and Duke venture out into space to seek new planets and to make friends with new races. Just as his father did, John offers help to a myriad of creatures who are not as intelligent or advanced as mankind and they meet a few who are more intelligent. John and Duke also find themselves in awkward and often dangerous encounters with strange creatures.After making their way back to Earth, John is faced with a number of obstacles, including warning the leaders of Earth about an impending war with a violent race he and Duke encountered while they were trapped in an alternate universe.
FictionScience FictionThriller

I was born in Los Angeles into a happy middle class family, with two older sisters and a younger brother. We all learned to read at early an age because our mother was an elementary school teacher before she married, and we were introduced to the ...

More about John Russell Marshall
Terminagenesis
Copy and paste the code into your website.
New here? Learn how to read digital books for free