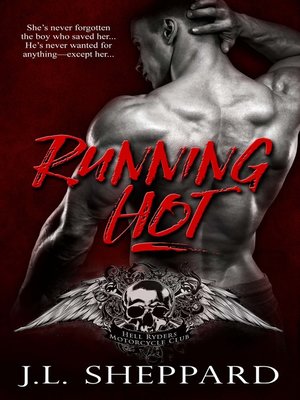 Thomas "Cuss" Layne has never wanted for anything, except the beautiful girl he saved so long ago. But she's a rich girl, and he's a biker. For years, he hasn't had a glimpse of her. Still, he's never been able to get her out of his mind. When her life's in danger, he rides to her rescue once again. This time, he's determined to do what he should've done long ago—make her his, in every possible way. Tiffany Hamilton has never gotten over the bad boy with the sapphire eyes and midnight hair, the boy who once saved her. She wants him—a touch, a taste—but he's never wanted anything to do with her. It's past time to move on. When the sexy biker barges back into her life, saving her yet again and making demands, he makes it impossible to say no to his raw magnetism. She'll finally have everything she's dreamed of...but will it be enough?