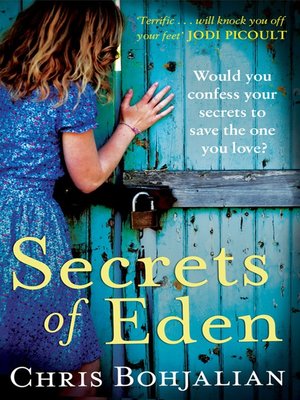 'There' says Alice Hayward to Reverend Stephen Drew, when she come up out of the water after her baptism. Just a few short hours later, Alice is dead, shot by her abusive husband who turned the gun on himself soon after.
Tortured by the cryptic finality of that short utterance, Reverend Drew feels his faith in God slipping away as he tries to unearth the truth behind Alice's death. Only new arrival Heather Laurent -- the enigmatic author of wildly successful books about angels -- seems able to save him from slipping into the depths of despair.
Heather has her own story. She survived a childhood that culminated in her own parents' murder-suicide, so she identifies deeply with Alice's daughter, Katie, offering herself as a mentor to the girl and a shoulder for Stephen. But then the state's attorney begins to suspect that Alice's husband may not have killed himself . . . and finds out that Alice had secrets only her minister knew.
Related through the eyes of four different narrators, Secrets of Eden is both a haunting literary thriller and a deeply evocative testament to the inner complexities that mark all of our lives. Once again, Chris Bohjalian has given us a riveting page-turner in which nothing is precisely what it seems.

Chris Bohjalian is the critically acclaimed author of 11 novels, including Skeletons at the Feast and his most recent New York Times bestseller, The Double Bind, published by Pocket Books. His work has been translated into eighteen languages and p...

More about Chris Bohjalian
Secrets of Eden
Copy and paste the code into your website.
New here? Learn how to read digital books for free