ebook ∣ The Battle of the Hedgerows · Campaign 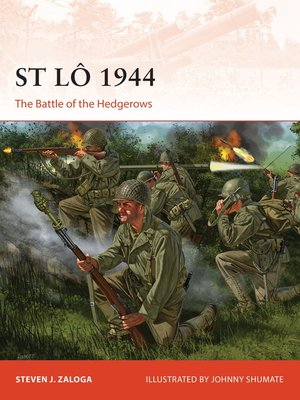 View more libraries...
Following the D-Day landings on 6 June 1944, the First US Army engaged in a six-week struggle to break out of the Normandy beach-head. The hedgerow country of lower Normandy, called the Bocage, presented unanticipated tactical problems since it proved to be ideal for German infantry defense.
This book examines the brutal attritional struggle in June-July 1944 to overcome the determined German defense and secure St Lô. The city was the site of a crucial cross-roads and was thus a vital target for the invading Allied forces; the initial bombing attacks were so severe that the journalist and poet Samuel Beckett would later report that it had been 'bombed out of existence in one night'. The attack by ground forces turned into a brutal attritional struggle to overcome the determined German defense. Using full-colour artwork, photographs and maps, this is the engaging story of one of the key engagements in the Battle of Normandy.