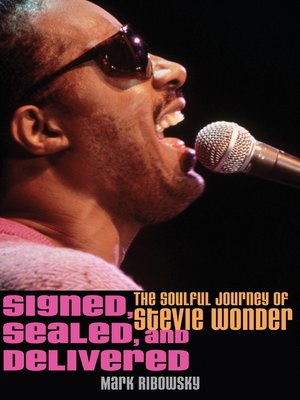 Stevie Wonder's achievements as a singer-songwriter, multi-instrumentalist, and producer are extraordinary. During a career that has spanned almost fifty years, he has earned more than thirty Top 10 hits, twenty-six Grammy Awards, and a place in both the Rock and Roll and Songwriter Halls of Fame--and he's not finished yet. On the verge of turning sixty, he is still composing, still touring, and still attracting dedicated fans around the world.

For the first time, Signed, Sealed, and Delivered takes an in-depth look at Stevie Wonder's life and his evolution from kid-soul pop star into a mature artist whose music helped lay the groundwork for the evolution of hip hop and rap.

Read Signed, Sealed, and Delivered to explore the life and work of one of pop music's most compelling masters of invention.