ebook ∣ A Memoir of Fathers, Friendship, and Fishing 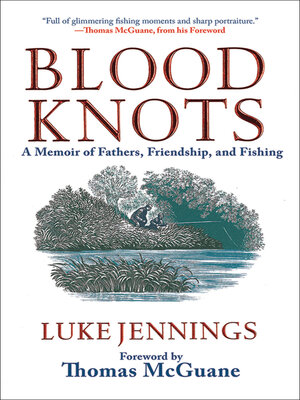 View more libraries...
A "special and magnetic" memoir of one man's lifelong love of fishing, the connection between man and nature, and the man who taught him about both (Carl Hiaasen, New York Times–bestselling author).

As a child in the 1960s, young British schoolboy Luke Jennings was fascinated by the rivers and lakes around his home and the mysterious worlds hidden beneath their surfaces. With library books as his guide, he applied himself to the task of learning to fish. But his progress was slow, and for years, he caught nothing.

Then a series of teachers presented themselves, including a young British intelligence officer, from whom he learned stealth, deception, and the art of dry-fly fishing. So began an enlightening yet mysterious journey of discovery that would lead to bright streams and wild country—but would ultimately end with his mentor's capture, torture, and execution by the IRA.

Blood Knots is about angling, about great fish caught and lost, and about friendship, honor, and coming of age. Short-listed for both the Samuel Johnson and William Hill prizes, it is a shining example of "literature with that rare combination of the poetic and visceral" containing "some true set-the-book-down, gaze-out-your-window . . . ponder-that-last-beautiful-paragraph-you-just-read moments" (Michael Keaton, actor).