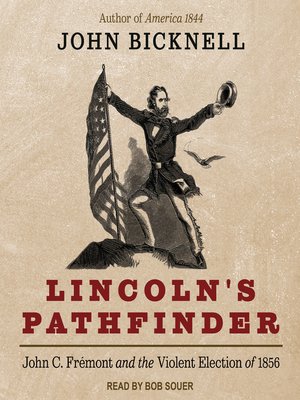 John C. Fremont and the Violent Election of 1856

The 1856 presidential race was the most violent peacetime election in American history. War between proslavery and antislavery settlers raged in Kansas; a congressman shot an Irish immigrant at a Washington hotel; and another congressman beat a U.S. senator senseless on the floor of the Senate. But amid all the violence, the campaign of the new Republican Party, headed by famed explorer John C. Fremont, offered a ray of hope: a major party dedicated to limiting the spread of slavery.

John Bicknell is the author of America 1844: Religious Fervor, Westward Expansion, and the Presidential Election That Transformed the Nation. He has written and edited for watchdog.org, Congressional Quarterly, and Roll Call, and was senior editor...

More about John Bicknell
Lincoln's Pathfinder
Copy and paste the code into your website.
New here? Learn how to read digital books for free