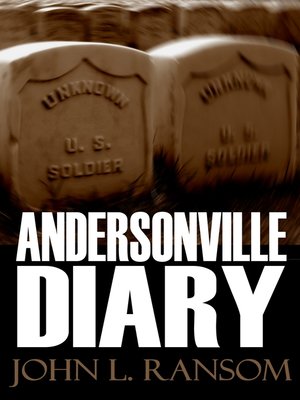 One of the most starkly vivid and detailed accounts of survival in Georgia's notorious Andersonville prison during the American Civil War. John Ransom was only 20 years old at the time of his capture. He kept a nearly daily diary during his year of misery at the Confederate prison. He and his fellow Union prisoners endured lice, starvation, freezing cold, killing heat, theft from other inmates...and Captain Wirtz. "Capt. Wirtz very domineering and abusive. Is afraid to come into camp any more. There are a thousand men in here who would willingly die if they could kill him first." Death was a daily occurrence. Yet Ransom knew if he gave up hope, he would die. He somehow kept his humor and kept on writing. Through two escapes, time in a Rebel hospital, and eventual freedom, you'll read a POW account like none you've ever read before.