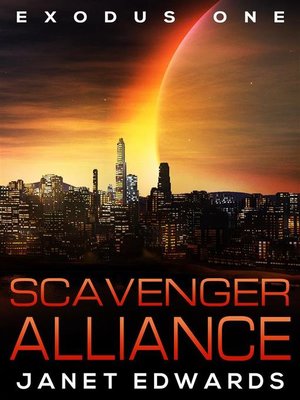 View more libraries...
In the year 2408, a century after the invention of interstellar portals, seven hundred people scavenge a living in abandoned New York. The respectable citizens have either withdrawn to new settlements in the countryside, or joined the great exodus of humanity to new, unpolluted colony worlds, but eighteen-year-old Blaze is one of the undesirables that neither the citizen settlements nor the new colony worlds will accept.
Blaze's mother died six years ago. She thinks her father is Donnell, the leader of the uneasy alliance between the remnants of the Earth Resistance and the old criminal gangs. It's less clear what Donnell thinks, since he barely speaks to her. The alliance is crumbling under the strain of its hardest winter ever, when an old enemy tries to use Blaze as a pawn in a power bid. She thinks her life can't possibly get more difficult, but then an aircraft carrying three off-worlders arrives in New York.