Those Days in Muramatsu 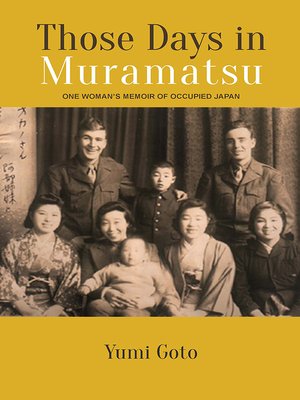 In the aftermath of the Pacific War and Japan's capitulation, Mrs Yumi Goto and her family lived in the small community of Muramatsu, where they had relocated to get away from Tokyo. Yumi Goto was an English-speaking graduate of one of Japan's top universities for women, and when a contingent of American soldiers was sent to Muramatsu as a garrison force, she became an interpreter. The sudden influx of more than 1,800 Americans into a rural Japanese community was potentially traumatic, and their imminent arrival made the townspeople "depressed and fearful". To everyone's surprise, they found the soldiers to be "open-hearted and humane", and the two sides co-existed peacefully. Those Days in Muramatsu is a testimony to the capacity of ordinary people from vastly different backgrounds to co-exist harmoniously, even in the aftermath of war.