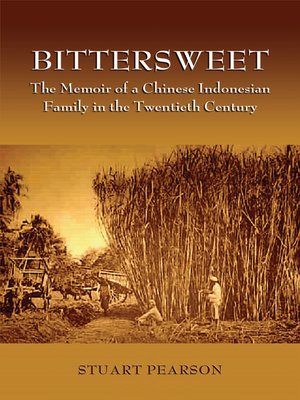 Behind the statistics of migration are the life stories of millions of migrants and their descendants. The movement of people out of China is one of the largest movements of humanity in modern times and large numbers of Chinese emigrated to the colony of the Dutch East Indies, now Indonesia. While many of them prospered in their new home, it was against a background of uncertainty and a feeling that they were not entirely welcome in their adopted homeland. BitterSweet is the poignant story of one Chinese family's life in Indonesia, and of their eventual emigration to Australia.Anna Tan Sian Nio (later An Utari Sudibjo), whose story this is, sees herself as "just an ordinary individual," and this is part of what makes her story special. There are few published accounts of Chinese life in Indonesia, and fewer still written from the perspective of a woman. In her words, "I have been informed that even common folk may have something to say about the extraordinary times they have lived through and without doubt I have witnessed some very exceptional events in my life. Even though I consider my personal history unremarkable, I hope it may help others understand how extraordinary events affected the lives of the ordinary."BitterSweet, prepared for publication by An Sudibjo's son-in-law, will no doubt prove valuable for scholars of Indonesia and for students of the Chinese diaspora, and it should find a home in the classroom. But beyond this it is an engrossing account of an ordinary person caught up in the tumults of the middle years of the twentieth century, and it deserves to be read.