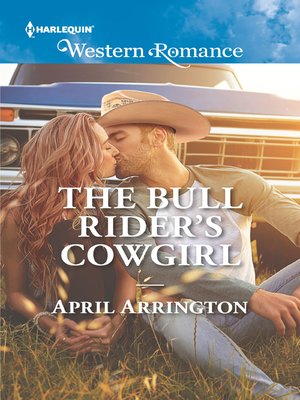 FictionRomance
THE COWGIRL OF HIS DREAMS Jen Taylor is this close to becoming a world-champion barrel racer. But when tragedy strikes bull rider Colt Mead, she puts her ambitions on hold...temporarily. The playboy of the circuit suddenly has a child depending on him. She can't let her friend go it alone—no matter how much he hurt her... Colt knew Jen deserved better than a rootless bull rider. But caring for his orphaned half sister makes him realize how much he wants to be part of a family. And that family won't be complete without the woman he loves as much more than a friend. Will she give up her dream to be part of his?
FictionRomance

April Arrington grew up in a small southern town and developed a love for movies and books at an early age. Emotionally moving stories have always held a special place in her heart. During the day, she enjoys sharing classic literature and popular...

More about April Arrington
The Bull Rider's Cowgirl
Copy and paste the code into your website.
New here? Learn how to read digital books for free