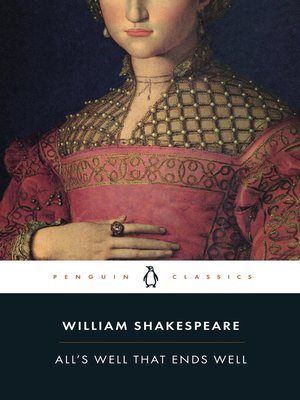 'Shakespeare was not of an age, but for all time' Ben Jonson

A poor doctor's daughter cures the King of France and, in return, is promised marriage to any nobleman she wishes. But the proud young count she chooses refuses to consummate the marriage and flees to Florence - after setting her a seemingly impossible task. Depicting the triumph of trickery over youthful arrogance, All's Well That Ends Well is among Shakespeare's darkest romantic comedies, yet it remains a powerful tribute to the strength of love.