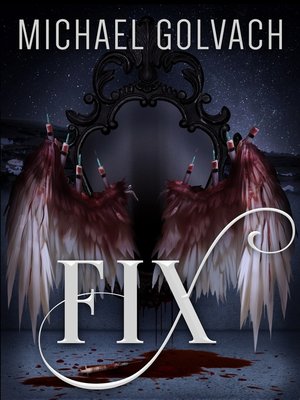 Editorial Reviews
—
Having read for review Bloody Gullets and What I Did This Summer by Davey Fitz, (a short story related to the full novel, FiX) I, once again, have the distinct pleasure of introducing the brilliantly twisted mind of Michael Golvach to new readers. In the paranormal thriller FiX, David Fitz, a small time drug dealer, and his girlfriend, Juno, are on the run from David's boss. What they hoped would be witness protection turns into a set-up and David's boss, held for only twenty-four hours of questioning, is free and hot on their tail. From that point onward, the story turns into a serpentine tale of betrayal, new friendships with Cadence and Brent (whose personalities and talents are far deeper than meets the eye), violent paranormal events, murder, blood (lots of blood), and twists and turns enough to provide even the most jaded reader with an exciting and dizzying reading experience.
Golvach's skill in creating an illusory scene that reeks of reality is unparalleled by anyone I've read in the past, except the indomitable Edgar A. Poe. His characters come alive as everyday people with talents and shortcomings, trying their best to survive a hostile environment and eventuality that grows weirder and more complicated with every turn of the page. So much goes on, so fast in this story, it's impossible for me and my meager talents to describe. How Golvach keeps it all together and pulls every unimaginable facet into a tightly woven, beautifully executed story is beyond me. But you can trust me on this; you will never see what's coming, and that makes FiX a must-read story for every fan of paranormal / horror thrillers, crime mysteries and, believe it or not, a love story. - Lex Allen for Reader's Favorite International Book Awards
—
Anyone picking up a novel by Michael Golvach should know they are in the hands of a confident and clever writer with a distinctive literary voice. From Missing Pieces to Bloody Gullets he's demonstrated his unwillingness to compromise when it comes to originality and Fix is no different. It's a bold move by any author to dabble in another genre but with its dark haunted undertones, this is one step change that works extraordinarily well. With its deliriously fast pace matched by the quality of Golvach's writing, it proves a clever, intricate and intriguing novel that is a genuine joy to read, highly engaging and all but impossible to put down. As with his previous novels, there are detailed motives behind the conflict and competing agendas at work but the real stroke of genius in Fix is its flawed protagonist in David Fitz. On many levels, his character is a masterstroke which reflects the dark energy and gritty sense of realism that underpins the novel as a whole. It's not a quick read, coming in at over 600 pages but with a diverse cast of characters, impressive dialogue, interplay and an ingenious multi-layered plot Fix is one read that's over far too quick. (BookViral)
—
David Fitz, an addict and drug dealer, and his girlfriend, Juno, are eager to get clean and start a new life.
David agrees to turn on his boss in return for witness protection. As soon as they kick their habits Juno gets cold feet, though she knows that the plan will have to be carried out.
Things get worse when the cop they are working with leaves them stranded.
When David's boss is released on bail, he calls them at their new home and they find there is yet another twist in their situation.
In their new neighbourhood, they befriend Cadence and Brent. They're friendly, but why are they so keen to help when faced with untold dangers?
With...