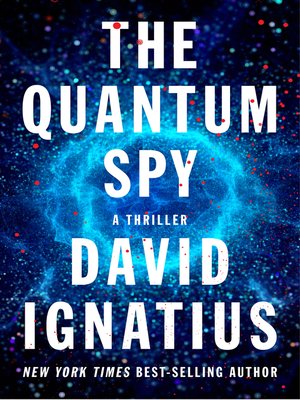 "The Quantum Spy takes us to a whole new level of intrigue and espionage. It's also unbelievably timely. In short: David Ignatius knows his stuff." —Wolf Blitzer

A hyper-fast quantum computer is the digital equivalent of a nuclear bomb; whoever possesses one will be able to shred any encryption and break any code in existence. The question is: who will build one first, the U.S. or China?

In this gripping thriller, U.S. quantum research labs are compromised by a suspected Chinese informant, inciting a mole hunt of history-altering proportions. CIA officer Harris Chang leads the charge, pursuing his target from Singapore to Mexico and beyond. Do the leaks expose real secrets, or are they false trails meant to deceive the Chinese? The answer forces Chang to question everything he thought he knew about loyalty, morality, and the primacy of truth.