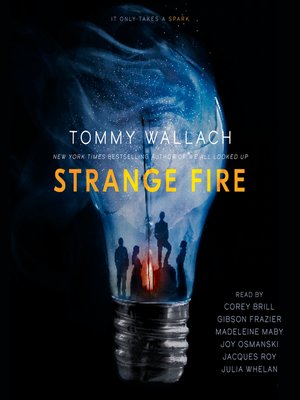 Science FictionYoung Adult FictionYoung Adult Literature
With the thrill of Westworld combined with the epic nature of Game of Thrones comes a gripping new trilogy about family, war, and the power of knowledge from the author of the New York Times bestselling We All Looked Up.
They said that the first generation of man was brought low by its appetites: for knowledge, for power, for wealth. It was so great, the Lord sent his own Daughter to bring fire and devastation to the world.

Brothers Clive and Clover Hamill, the sons of a well-respected Descendant minister, have spent their lives spreading that gospel. But when their traveling ministry discovers a community called Sophia that's intent on rediscovering the blasphemous technologies of the past, a chain of events will be set in motion.

Alongside Gemma Poplin, Clive's childhood sweetheart, and Paz Dedios, a revolutionary who dreams of overthrowing the Descendancy, Clive's and Clover's paths will diverge, and each will play a part in determining the fate of humanity itself.
Science FictionYoung Adult FictionYoung Adult Literature

Tommy Wallach is a Los Angeles-based musician and novelist. He is the author of The Anchor & Sophia series, Thanks for the Trouble and the New York Times bestselling We All Looked Up, which has been translated into more than a dozen languages and ...

Strange Fire
Copy and paste the code into your website.
New here? Learn how to read digital books for free