The Purging of Ruen 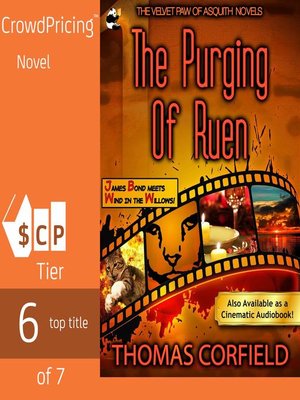 In which Oscar battles a misguided echelon of authoritative animals to save a beautiful city from certain destruction. When assigned to determine the cause of brewing tensions in the exclusive seaside city of Ruen, Oscar Teabag-Dooven discovers that it's on the brink of tearing itself apart. Things become complicated when it appears those responsible are in charge of running the place. Drawn into a scandalous plot of insanity and greed, Oscar befriends the Dervy, a young revolutionary, by throwing her off a cliff, and Horace, an elderly doctor with a phobia of worming ointments. Together they battle the ruthless genius of Sedervitz Tappen-Noo and the grievous insanity of the Pyjami, in an attempt to save a beautiful city from certain destruction. But things don't go according to plan. Principally because they don't have one.