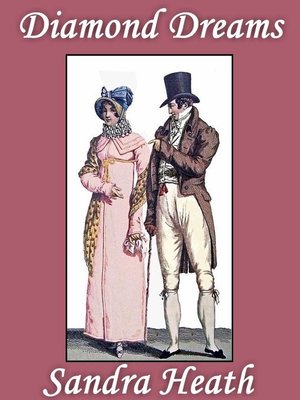 Ellie Rutherford had lost both parents, and, through some skullduggery, the family fortune. She had only her uncle in Wales, who made pottery, with whom to live. Athan, Lord Griffin, had found Ellie in an inn yard, and because she so resembled the portrait in his home, he had kissed her, though he was engaged to another. His groom Gwilym had some magic about him. Regency Romance Paranormal by Sandra Heath; originally published by Signet Super Regency Romance

Diamond Dreams
Copy and paste the code into your website.
New here? Learn how to read digital books for free