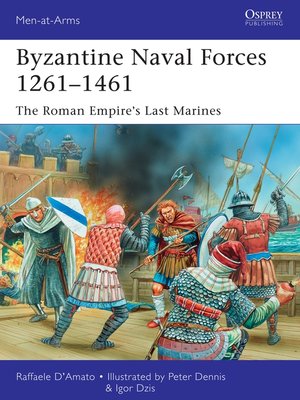 After the recapture of Constantinople, Emperor Michael VIII Palaiologos was determined to bring glory back to the Byzantine Empire. To achieve this, he established an Imperial Fleet and raised new regiments of elite marine troops. This work provides a comprehensive, illustrated guide to the unit history and appearance of these men, who were at the cutting edge of the last great flourish of Byzantine naval power. They won victory after victory in campaigns throughout the 1260sÂ70s, and though successive periods of decline and partial resurrection followed, these marine units survived until the very last flickers of Byzantine resistance were extinguished. Drawing upon early literary sources, the rich evidence of period illuminated manuscripts, frescoes and other iconography, Raffaele D'Amato details the lasting legacy of the swansong of Byzantine naval power.