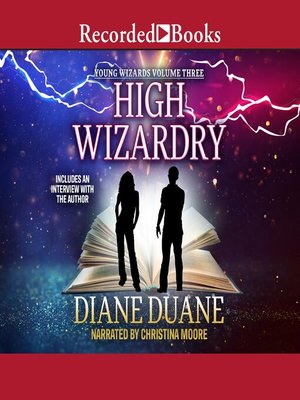 As young wizards, Nita and her friend, Kit, share magic spells and spectacular adventures. Twice, they have successfully thwarted a dark power called the Lone One. Each victory has protected the universe against its paralyzing force—for a while. But now Darine, Nita's 10-year-old sister, has found her wizard's manual. With the help of a laptop computer, Darine has not only absorbed the book's wisdom, she has become a powerful wizard herself. Setting off on a jaunt to distant galaxies, Darine doesn't realize she is headed toward a confrontation with the Lone One. Can Nita and Kit find her in time to help? Children love Diane Duane's works for their fast-paced combination of sorcery and suspense. She adds wonderful technological twists to this third book in her Wizardry series, and narrator Christina Moore's voice adds just the right touch of magic.