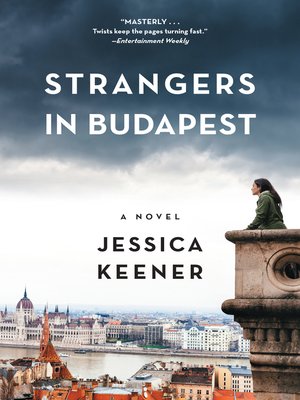 "Jessica Keener has written a gorgeous, lyrical, and sweeping novel about the tangled web of past and present. Suspenseful, perceptive, fast-paced, and ultimately restorative." —Susan Henderson, author of Up from the Blue
Budapest: gorgeous city of secrets, with ties to a shadowy, bloody past. It is to this enigmatic European capital that a young American couple, Annie and Will, move from Boston with their infant son shortly after the fall of the Communist regime. For Annie, it is an effort to escape the ghosts that haunt her past, and Will wants simply to seize the chance to build a new future for his family.
Eight months after their move, their efforts to assimilate are thrown into turmoil when they receive a message from friends in the US asking that they check up on an elderly man, a fiercely independent Jewish American WWII veteran who helped free Hungarian Jews from a Nazi prison camp. They soon learn that the man, Edward Weiss, has come to Hungary to exact revenge on someone he is convinced seduced, married, and then murdered his daughter.
Annie, unable to resist anyone's call for help, recklessly joins in the old man's plan to track down his former son-in-law and confront him, while Will, pragmatic and cautious by nature, insists they have nothing to do with Weiss and his vendetta. What Annie does not anticipate is that in helping Edward she will become enmeshed in a dark and deadly conflict that will end in tragedy and a stunning loss of innocence.
Atmospheric and surprising, Strangers in Budapest is, as bestselling novelist Caroline Leavitt says, a "dazzlingly original tale about home, loss, and the persistence of love."