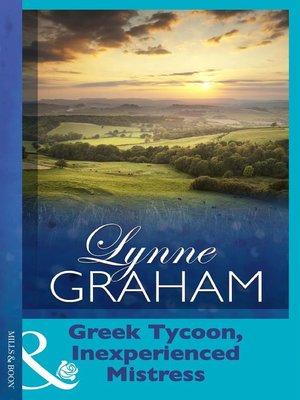 The right mistress...but the wrong bride! Lindy was amazed when shipping tycoon Atreus Dionides made her his mistress. Her – with her fuller figure and lowly lifestyle, making candles and pot-pourri! However, Atreus seemed enchanted by her curves when he made passionate love to her at his country retreat. But Lindy came down to earth with two bumps – first when Atreus revealed she was just his weekend mistress; his bride would be selected from the upper echelons of Greek society. The second bump she wouldn't be able to hide...because she was carrying Atreus's baby! Pregnant Brides Inexperienced and expecting, they're forced to marry!