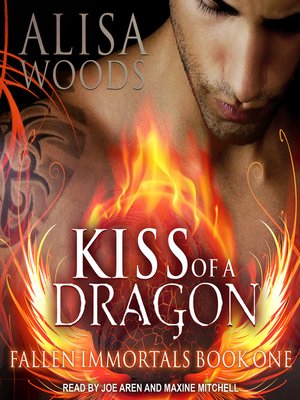 Kiss of a Dragon

FantasyFictionLiteratureRomance
Lucian: I am a Dragon Prince of the House of Smoke . . . and I am dying. Five hundred years is truly enough for a man like me. A monster. Yet a ten-thousand-year treaty will die with me, if I don't spawn a dragonling to take my place. My two brothers are no use in this task. It falls to me, the eldest by a hair's breadth, and yet, I cannot face the horror of another sealing. Another death. Another woman's blood on my hands. Arabella: I was saved from death in a dark Seattle alley by an impossibly beautiful man who swooped in on golden wings. Now he's taken me to his lair, opened my eyes to a world of immortals I didn't know existed, and given me an impossible task-find him a mate. Then, and only then, will he set me free. He needs her more than he wants; she wants him more than she should; and the fate of both the mortal and immortal worlds depends on not just repairing their hearts, but finding a love that's true . . .
FantasyFictionLiteratureRomance

Alisa Woods lives in the Midwest with her husband and family, but her heart will always belong to the beaches and mountains where she grew up. She writes sexy paranormal romances about alpha men and the women who love them. Visit her at alisawoods...

More about Alisa Woods
Kiss of a Dragon
Copy and paste the code into your website.
New here? Learn how to read digital books for free