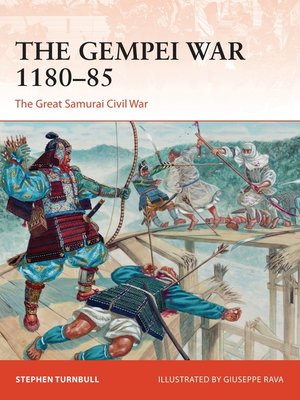 Internationally renowned samurai expert Dr Stephen Turnbull delves into a pivotal era of Japanese history in this highly illustrated account of The Gempei War a conflict that defined the age and the ethos of the samurai.
Never before had there been a large-scale clash between two rival samurai families, the Taira and the Minamoto, and never again would the result of a war in Japan be quite so dramatic. Fought to gain control over the emperor it would end with imperial power being totally eclipsed in favour of the military might of the samurai class and the establishment of the position of Shogun – Japan's military dictator. Turnbull examines the events of the five-year long conflict, revealing the changes that the war inflicted on Japanese culture and the establishment of many of the traditions of the samurai.