The Purloining of Prince Oleomargarine 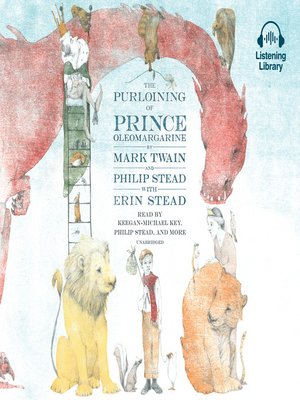 In a hotel in Paris one evening in the 1879, Mark Twain sat with his young daughters, who begged their father for a story. Choosing a picture from a magazine to get started, Twain began telling them the tale of Johnny, a poor boy in possession of some magical seeds, who finds himself on a quest to rescue a stolen prince. Later, Twain would jot down some rough notes about the story, but the tale was left unfinished . . . until now.

Plucked from the Mark Twain archives at the University of California, Berkeley, Twain's notes now form the foundation of a fairy tale picked up over a century later. With only Twain's fragmentary script and a story that stops partway as his guide, author Philip Stead has written a tale that imagines what might have been if Twain had fully realized this work.This is a story that reaches through time and brings us the debut children's book of America's most legendary writer, envisioned by one of today's most important names in children's literature.