Masquerade on the Net 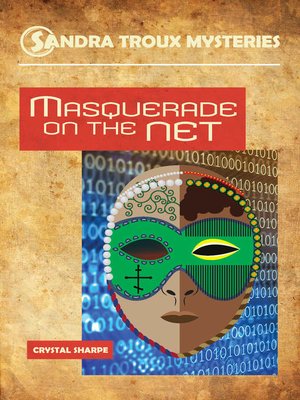 In Masquerade on the Net, Book 2 of the Sandra Troux Mysteries, readers are engulfed in an international cyber plot that twists and turns from the U.S. to Russia, Nigeria and France. Lifelong friends Sandy Troux, Bobbi Power and Lizbet Sheridan are torn apart when Sandy is drugged and dragged to Russia by ruthless cyber criminals. Reunited, they race through the treacherous streets of Moscow, dodge bullets at the Sochi Olympic site, and trek through oil spills in the eco-threatened Niger Delta. Ensnarled in a turbulent and dangerous underworld, they battle the ruthless Russian Bratva and its murderous Nigerian counterparts. The search for Rini, a kidnapped biracial teen, unmasks a malevolent plot to usurp the worldwide cyber, financial and energy markets. In a desperate struggle atop the St. Alexandre-Nevsky Cathedral in Paris, the sheroes confront villains in a global masquerade of crime and intrigue, duplicitous identities, Imperial Romanov secrets, and devastating cyber extortion. Sandy, Bobbi and Lizbet foil criminal forces that threaten global security in an uncanny parallel to contemporary events.