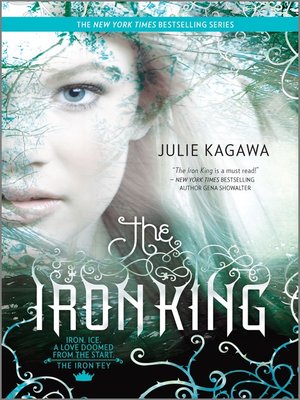 View more libraries...
From the limitless imagination of New York Times and USA Today bestselling author Julie Kagawa, enter the world of The Iron Fey.
Meghan Chase has a secret destiny—one she could never have imagined...
Something has always felt slightly off in Meghan's life, ever since her father disappeared before her eyes when she was six. She has never quite fit in at school...or at home.
When a dark stranger begins watching her from afar and her prankster best friend becomes strangely protective of her, Meghan senses that everything she's known is about to change. But she could never have guessed the truth.
For Meghan is the daughter of a mythical faery king...and a pawn in a deadly war. Now Meghan will learn just how far she'll go to save someone she cares about, stop a mysterious evil no faery creature dare face...and find love with a young prince who might rather see her dead than let her touch his icy heart.
Don't miss the first book in Julie Kagawa's highly anticipated new series, SHADOW OF THE FOX, AVAILABLE OCTOBER 2, 2018
"Julie Kagawa is one killer storyteller."
—MTV's Hollywood Crush blog
"The Iron King has the...enchantment, imagination and adventure of... Alice in Wonderland, Narnia and The Lord of the Rings, but with lots more romance."
—Justine magazine
"The Iron King is a must read!"
—New York Times bestselling author Gena Showalter