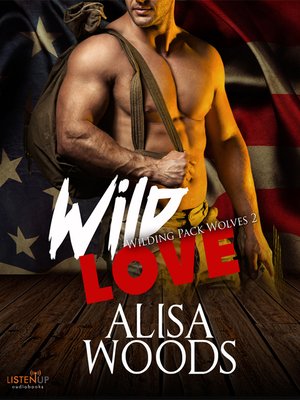 SWIPE RIGHT FOR WILDLOVE! She programs a dating app for shifters. He's an ex-Army shifter with a dark secret. Their worlds are about to collide. Noah Wilding's family is being targeted by an anti-shifter hate group, so he took a medical leave from the Army to return home and help out. At least, that's the story he's told everyone and he hopes his dark secret will stay buried in Afghanistan. Emily Jones is the lead programmer for Wild Love, the new app that hooks up shifters and humans for a night of hot sex and no commitments. Only she hasn't had a date herself in years, ever since that dark day when her family didn't protect her when she needed them most. She figures one magical night with a hot wolf will help her finally move on with her life. When Noah swipes right for Emily, she thinks her dream one-night-stand is about to come true. But with a hate group planting car bombs during WildLove hookups, Noah and Emily are on the front lines of love. They have to hunt down a killer before he strikes again, and before they do more than heat up the sheets. Because humans and shifters might get "Wild for a Night," but they're not supposed to fall in love.