The Agony of Bun O'Keefe 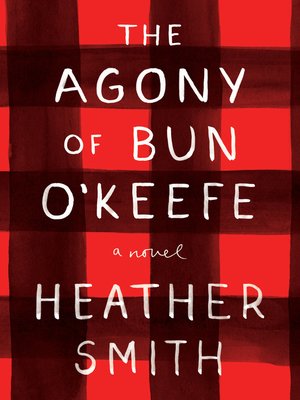 View more libraries...
Little Miss Sunshine meets Room in this quirky, heartwarming story of friendship, loyalty and discovery.
It's Newfoundland, 1986. Fourteen-year-old Bun O'Keefe has lived a solitary life in an unsafe, unsanitary house. Her mother is a compulsive hoarder, and Bun has had little contact with the outside world. What she's learned about life comes from the random books and old VHS tapes that she finds in the boxes and bags her mother brings home. Bun and her mother rarely talk, so when Bun's mother tells Bun to leave one day, she does. Hitchhiking out of town, Bun ends up on the streets of St. John's, Newfoundland. Fortunately, the first person she meets is Busker Boy, a street musician who senses her naivety and takes her in. Together they live in a house with an eclectic cast of characters: Chef, a hotel dishwasher with culinary dreams; Cher, a drag queen with a tragic past; Big Eyes, a Catholic school girl desperately trying to reinvent herself; and The Landlord, a man who Bun is told to avoid at all cost. Through her experiences with her new roommates, and their sometimes tragic revelations, Bun learns that the world extends beyond the walls of her mother's house and discovers the joy of being part of a new family — a family of friends who care.